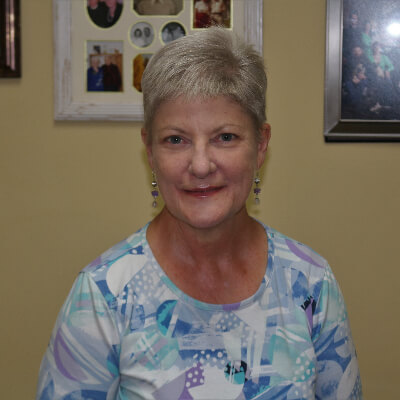 Jacque Young began her medical education early in life. The daughter of Dr. Elwood (Jack) Young, a prominent optometrist, Dr. Young spent countless hours during her childhood helping her father's practice at the front desk, pre-testing patients and in the dispensing areas. The lessons she learned about maintaining and preserving vision have stayed with her throughout her career.

Dr. Young graduated at the top of her class from Glenwood High School. She completed three years of pre-medical studies at the University of Iowa and in 1979 was accepted into the Illinois College of Optometry. Dr. Young was the first woman ever to be elected Student Government President at the college. During her studies, she was active in the Voluntary Optometric Service to Humanity (VOSH) program, spending time at Indian reservations in Minnesota and in Mexico providing eye care to those in need. She was also a Teaching Assistant for various courses.

Dr. Young has been very active in her community. She is a double past-President of the Kiwanis Club of Glenwood, and is currently a board member for the Glenwood Area Dollars for Scholars. With the help of Kiwanians, Dr. Young has provided free vision screenings to more than 2500 preschool and kindergarten children. Dr. Young has also been instrumental in upgrades for the Glenbrook neighborhood Kiwanis Hiley Park in the last 30 years. She also organized the Kiwanis Annual Golf Tournament, their major fundraiser, for many years. The Dollars for Scholars organization gave out one scholarship its' first year in 1999 for $100. Since then over $250,000 of scholarships have been awarded Their endowment monies are approaching $600,000.

Dr. Young's latest community improvement project has been in promoting the conversion of 2 unusable city tennis courts into 6 pickleball courts. Dr. Young has always promoted exercise for all to maintain good health. Pickleball is a fun sport and can be played by all ages. Her father was instrumental in building our local golf course in the early 1960s. She desires to leave a similar legacy for the community as these courts should last for over 60 years also. Construction of the pickleball courts was completed in November of 2020. A club was established in March of 2021 with 28 members. As of late 2021, 150 members have joined.

We care about your health and eyes!
Learn more here.